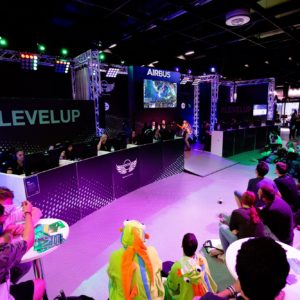 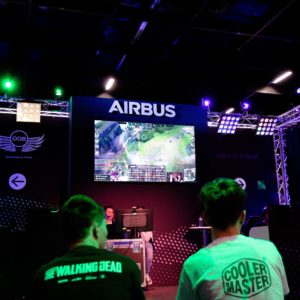 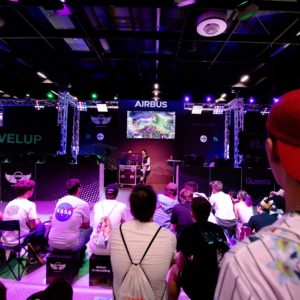 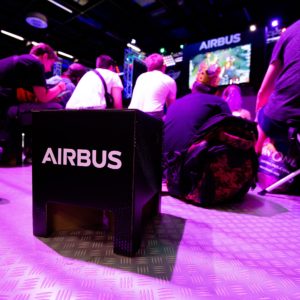 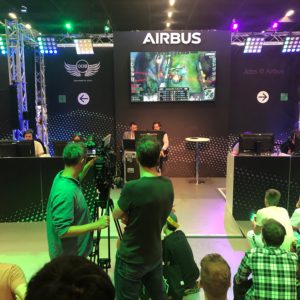 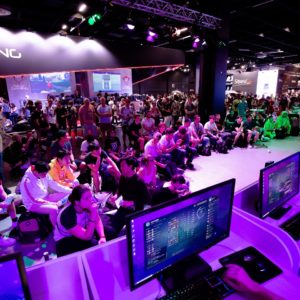 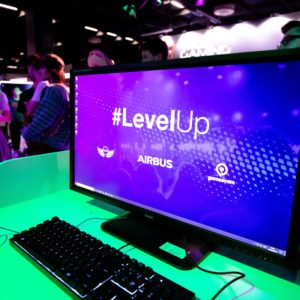 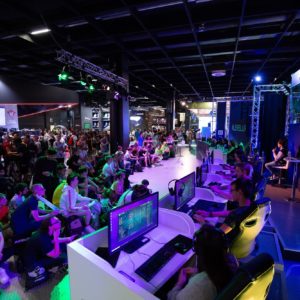 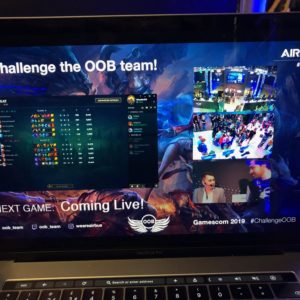 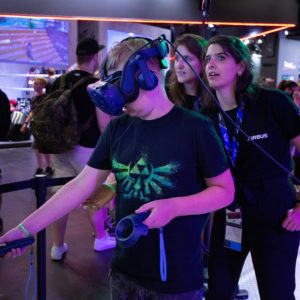 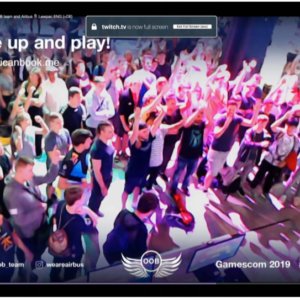 The world’s largest Esports event Gamescom in Munich is the highlight of the games industry with bright young minds flocking virtually or physically from all over the world to be part of the action.

Airbus Employment Marketing wanted to connect with this audience and briefed us to create a global campaign that showcased Airbus as employer of choice for IT and digital roles.

Airbus wanted an innovative B2C experience that encouraged engagement and a format that tapped into the essence of gaming events with focus on user experience and enjoyment. Brand immersion was important but had to be subtly geared towards the younger demographic Airbus sought to target.

Inclusivity was a crucial message Airbus wanted to impart to visitors, with their all-female gaming team, Out of the Blue, given a suitable platform and their vision supported by an appropriate social media campaign.

The challenge was to take non-gaming client Airbus and enter the highly developed ESports ‘space’ whilst delivering on their objective of demonstrating diversity and inclusivity. We needed to create a comprehensive story around Airbus’s presence at major B2C gaming events and ensure the concept, design and build had an engagement strategy that could be flawlessly delivered.

1) Promote Airbus as leaders in diversity and inclusivity that values and actively supports emerging tech talent:

• We overlaid the world of Esports upon the AIRBUS brand. Modern, unintimidating, industrial architecture created a look and feel which was raw yet inviting and in-keeping with Airbus brand guidelines.
• We highlighted the fact that Airbus sponsor the all-female team ‘Out of the Blue’ in the male dominated environment of Esports by designed a high-end knock-out ‘League of Legends’ gaming tournament
• By opening up challenge matches to anyone from the physical & online audience, we celebrated the global diversity of people at Esports events & the wider gaming community. Hybrid dwell time was considerable, and we recorded a big increase in brand awareness and numbers of returning visitors.

2) Illustrate Airbus as leaders in ESports through immersive experience:

• A theatre-style set with staging and audience arena played host to a memorable and exciting show, cementing Airbus and OOB’s reputation in the gamer community.
• The open space feel allowed the recruitment team to directly interact with visitors and encouraged passers-by to get involved with the activities
• We developed a rich daily experience schedule in collaboration with Airbus and OOB that included a range of activations, games, talks and interviews throughout each show day.
• To impress a digitally savvy community, we put the setup on show with full light and sound decs, 90” screens, live-stream setup and caster-control monitors. We also tracked analytics and captured ROI data on signups

3) Demonstrate how experiential events can alter perceptions around ESports stereotypes:

• By only making the OOB team synonymous with the Airbus Brand and inviting the audience to participate, the event aimed to break down barriers.
• From immersive engagement through VR showcases and event hacks, we created content opportunities for the audience to populate their own social-media feed and start conversations about inclusivity with virtual visitors. Messaging was reshared after each physical event as virtual conversations continued.

• We created the campaign #LEVELUP in support of the autumn B2C ESport programme as it spoke to both worlds; career progression and gaming.
• #LEVELUP was supported by press releases, a three-week pre-events social media call to action campaign to engage key influencers and a series of during and post-show video stings

• The Hashtag – The campaign #Levelup illustrated this was a activation with several meanings; equality, inclusivity, diversity and also referred to the League of Legend tournament

• The Carry Away –Lightweight chairs spread the Airbus brand and #Levelup message around the events with many attendees visiting after seeing the ‘invite’ out and about.

• The HoloLens Airbus Experience – Immersive connection to the brand as audiences explored Airbus’s engineering through the gamified HoloLens Demo.

• The Event Hack –These takeover moments ‘hacked’ the event to run a tight crowd interaction sequence and giveaway exclusive branded swag. They lasted 2-3 minutes but resulted in crowd surges of 180-200%.

• The Compere – Well known caster/influencer #Lewpac drove crowd engagement and expanded the reach of the event via his own social following.

– The Airbus environment enjoyed over 36,000 visitors over the 4-day event with 3,000 direct interactions in the gaming or tech demos.

– During the event, the campaign enjoyed 11,300 social media interactions

– There were over 1.64 million online impressions

– The all-female OOB team made a personal shout out to 2Heads in their Xmas round-up, thanking them for support and increased visibility of female gaming

– The twitch live feed enjoyed 2,640 visitors per day during tournament time and video recording views of 633

– The tournament was fully booked throughout the 4 days with the original 8 team slots increased by 250% to 20 team slots which still could not meet the demand of 37 bookings. During the tournament 185 different people battled the OOB all female team

– The campaign was successfully repeated at Madrid Gaming week in November 2019 and was scheduled for Gamescom 2020 with an evolution on the games tournament and live engagement concept. This has now been postponed to 2021

– Crucially, Airbus benefited from a substantial increase in actual applications and conversions for job applicants directly from the event. With significant sign ups to Airbus Careers, Airbus considered this event an unqualified success