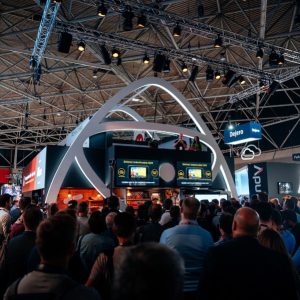 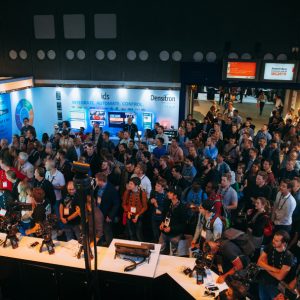 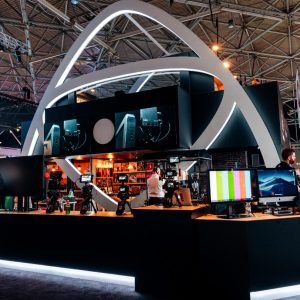 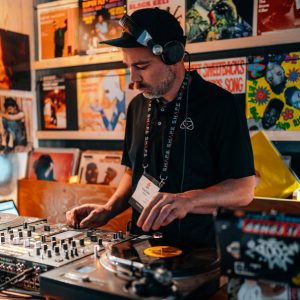 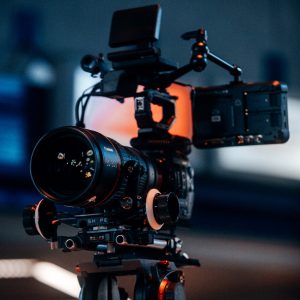 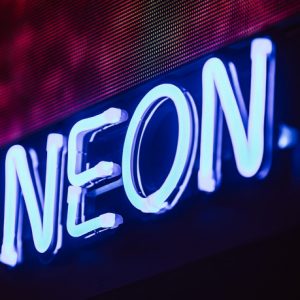 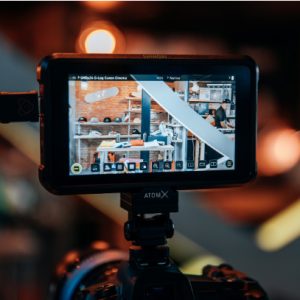 As an exhibition and branding agency, the ability to be flexible and adaptable is imperative to our success. Both these skills were tested during the build of this stand as just 4 weeks before the show, we were asked to completely recreate the design. Atomos and DCE have partnered to create new and exciting ideas for several years, Atomos had confidence in DCE’s ability to able to utilise the previous stand structure but create a totally new experience for customers.

In order to create the stand showcased at IBC, Atomos and DCE went back to the core prinicples of the brand. They looked at what had worked in the past, and what hadn’t, to make clear improvements. Using the same steel skeleton that has been providing the structure of the stand for 5 years, DCE were able to reimagine, reconfigure and create something that felt brand new.

The whole project was designed, built and delivered within the 4 week time frame, exceeding the brief set and client expectation. The knowledge of the team and ability to work together meant that the stand was compliant, structurally sound and met regulations – as well as using technology brand new to the exhibition industry and of course, being completely aligned to the Atomos brand.