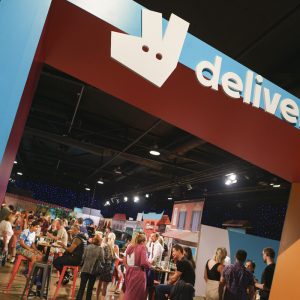 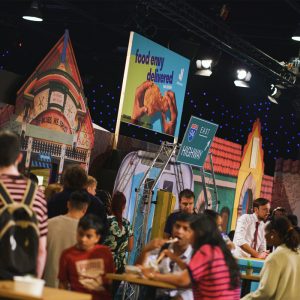 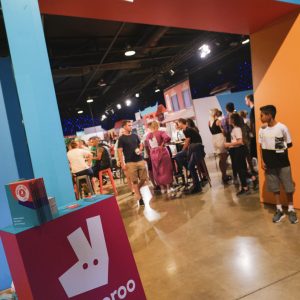 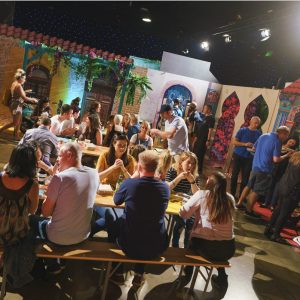 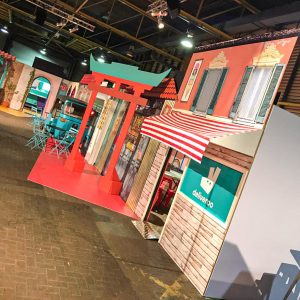 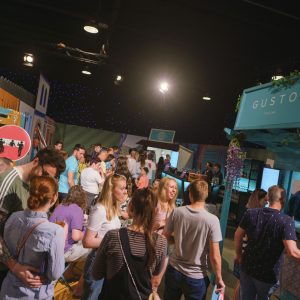 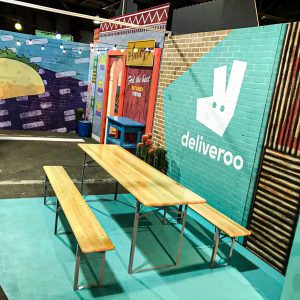 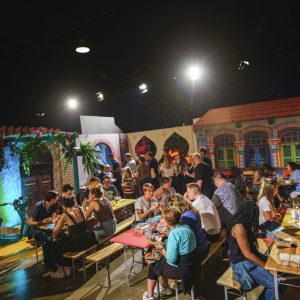 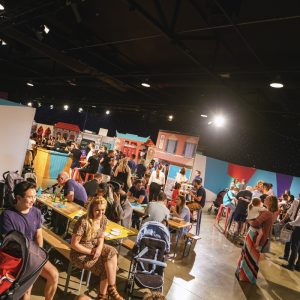 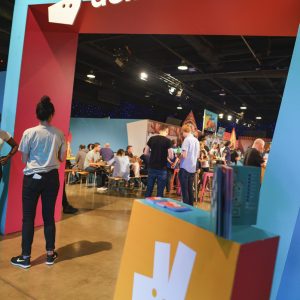 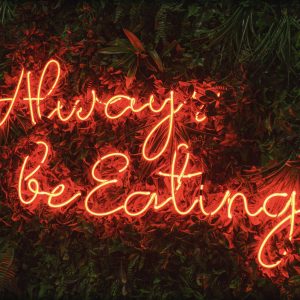 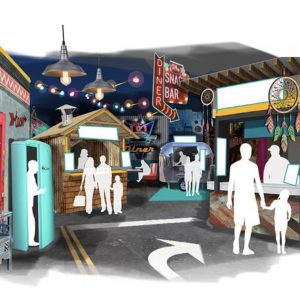 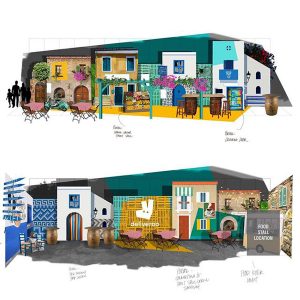 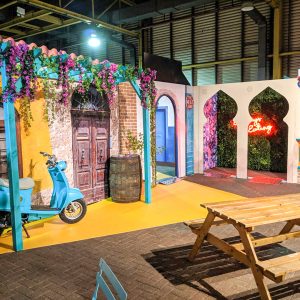 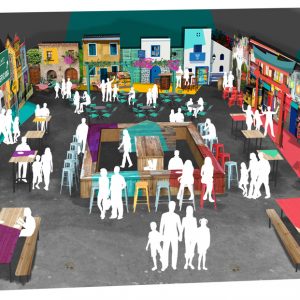 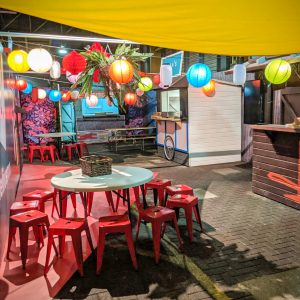 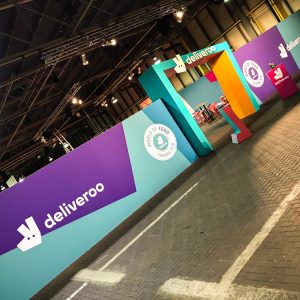 We were asked to build the 20m x 30m stand, which had to be tour-able. There were lots of elements to this stand so we worked really closely with our client Kreate to execute this to perfection. There needed to be large expanses of branded walling and a large entrance to welcome in the ticket holders for the day. The stand would consist of the main bar area, the Asian area, the American area and the Mediterranean area. There needed to be trader huts in each area, which the UK’s favourite restaurants would sample from. There was to be plenty of seating areas and props to make it look exciting and create a buzz.

Our client Kreate shared a visual with us to work from so we could visualise such a big build. Firstly, we created the artwork for the walls for each area of the festival. To make such a large expanse of branded walling, we decided to use a tension fabric system. The tension fabric is brand-able, so this was ideal and the walls were seamless. This also made the stand easier to rig and de-rig, instead of using heavy cladding.
Next was to build the large props needed to make this festival extra special. We built a walk-through fridge door, which took you to a secret area, a pergola adorned with bougainvillea plants for the Mediterranean area, a 3D airstream for the American area, freestanding street signs, a 3D balcony, a bar and DJ area and lots more. We had a bespoke neon light made to sit amongst a foliage wall and other neon signs dotted around to create interest.
We built 8 trader huts where the restaurants would be housed, so they could hand out samples. The huts had space for their kitchen equipment and included a power source.
We vinyl wrapped with H&S floor vinyl large areas of the ground to keep the theme running throughout.

The tour was a huge success. It created a real buzz and was featured in the media, including newspapers and magazines as well as countless social media posts. The tickets sold out very quickly and as the tour went it, it gained more traction and attention. It was so successful this year, it may just make another appearance next year!