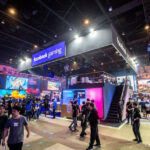 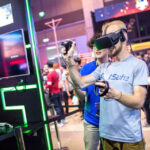 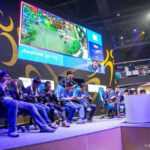 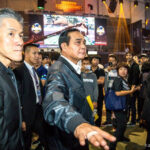 Facebook Gaming, the social media giant’s live streaming platform and hub for gamers, has been making the rounds at top video gaming shows worldwide. Since its launch earlier this year, the company has relied on The Trade Group for exhibit design, installation and onsite support for its trade show efforts.

The Trade Group traveled with Facebook Gaming to Bangkok, Thailand for the Thailand Game Show at the Royal Paragon Hall, the largest gaming event in Southeast Asia. There are an estimated 1,000 game casters and 18 million gamers in Thailand, almost one-third of the country’s total population. Thailand’s game industry is valued at nearly 20 billion baht (over 600 million U.S. dollars), making it the second-largest market in Southeast Asia. Facebook Gaming really wanted to exceed fan expectations and make a statement in the gaming industry at the 2018 Thailand Game Show.

In order to exceed fan expectations and make a statement in the gaming industry at the 2018 Thailand Game Show, Facebook Gaming turned to The Trade Group to create an amped up exhibit. The Trade Group designed a space where attendees could find a number of fun ways to interact with the brand and learn more about what Facebook Gaming has to offer.

While the booth was similar to exhibits Facebook Gaming has used at other gaming shows, the booth at the Thailand Game Show was larger and more robust. The 225 sq. meters of space included a large content stage, two creator corners for live streaming, four gaming stations, two Oculus virtual reality stations and more. There was also a second level to the booth that served as a VIP lounge area.

The main stage featured live streaming and meet-and-greets with popular influencers like Xcrosz, 99 Godzulu, 316 Three One Six, and more. Attendees could either watch their favorite influencers play video games or play themselves at one of the four gaming stations. The gaming stations featured two gaming consoles at each station and featured popular games like Soulcalibur, Rules of Survival, Mobile Legends and Shadow of the Tomb Raider. Multiple interactive components of the exhibit space allowed for attendees to interact with the Facebook Gaming brand and have a unique experience at the Thailand Game Show.

The space was the largest public event space to date for Facebook Gaming and a huge success in attracting attendees to experience all the interactive elements that the space had to offer. The Facebook Gaming booth won the Best Exhibitor Award at the Thailand Game Show and was visited by Prime Minister of Thailand Prayut Chan-o-cha, who drew a packed crowd of gaming fans as he checked out various aspects of the Facebook Gaming booth.

The Prime Minister only visited two stands during the event, which speaks volumes about the Facebook brand. The Trade Group was honored that Facebook Gaming has entrusted us with its gaming show needs and we can’t wait to take it to the next level at the next event!