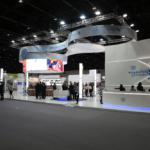 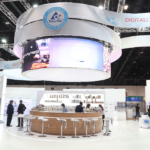 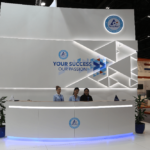 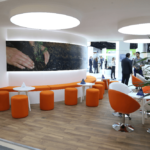 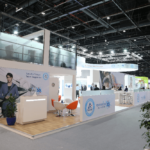 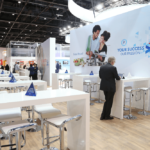 Food packaging leader Tetra Pak joined forces with GES to create an eye-catching and engaging stand at the Gulfood Manufacturing show at the Dubai World Trade Centre in November 2017. This show, the leading event for the food processing sector in the Middle East, was the ideal platform for Tetra Pak to highlight its solutions to its most important clients in the Gulf region and cement its reputation as a leader in its field.

The overarching aim for the show was simple: to give Tetra Pak its biggest and best ever presence at Gulfood Manufacturing. GES and Tetra Pak have been partners on shows for several years, but this was the first time they had collaborated on an event in the Middle East.

We worked in close collaboration with Tetra Pak on the stand for Gulfood Manufacturing, exchanging creative ideas and meeting regularly to settle on designs. The partnership pooled our unrivalled knowledge of the exhibition industry with Tetra Pak’s superb knowledge of its customers.

At the heart of the vision was a fusion of two crucial aspects of Tetra Pak: its proud heritage over seven decades in packaging, and its image as an ultra-modern and cutting-edge innovator. The stand set out to convey both these things, showcasing Tetra Pak’s physical products while also incorporating numerous technology elements like touchscreens, LED walls and Augmented Reality—the first time ever that Tetra Pak had incorporated it into an event.

To give logic to the layout, the stand was divided into four main interactive areas. The design was inspired by a ‘constellation’ model, with the ‘stars’ of the stand clustered in inter-connected circles. It adopted an open layout, allowing for an easy flow of visitor traffic through the stand and cutting out bottlenecks.

Our combined creativity is shown by the solution to one problem in particular. The stand needed to showcase the workings of an important industrial machine—but the size of the equipment made it impossible to install at the show. Instead, we made Computer Aided Design (CAD) drawings of the machine and converted them into Virtual Reality content. Visitors could then access different layers of the machine and see each mechanism in detail—a solution that was fun and engaging as well as informative.

The creative idea for Tetra Pak’s presence at Gulfood Manufacturing was brought to life on a 7,500 square feet stand. As the images in our supporting material show, it was a superb execution of a sleek, uncluttered and very modern design that fitted Tetra Pak’s brand.

We worked on all aspects of the stand build and installation, producing visual content as well as creative direction and logistics. Particularly striking parts of the stand included:

We dealt quickly and efficiently with any challenges during the execution of the stand. To head off any issues around its complex AV requirements, our team rigorously tested every element to ensure no glitches when they were required. They also recommended and delivered a bespoke pre-programming system to help compile digital content and sequence it for uninterrupted production at the show. In the run-up to the event, and during the show itself, GES team members were on hand 24/7 to solve any problems and answer any questions.

The ambitious stand helped Tetra Pak make a huge impact at Gulfood Manufacturing, and was instrumental in the company securing several new contracts. The AV elements of the exhibition, and the Virtual Reality experiences in particular, were well received by pre-booked and walk-up visitors alike. Reflecting its popularity, the space was honoured with the title of the show’s best stand above 200 square metres—a significant achievement given the high standard of competition at the event.

The benefits of the stand will be felt for many years to come. The stand was designed as a master concept that can be adapted for use across any footprint at shows in the future, and it has already been rolled out for use to support Tetra Pak’s presence at other key industry events. As well as delivering business benefits, it means that Tetra Pak can be a responsible exhibitor and reduce its environmental impacts. Reusing and repurposing elements of its stand, rather than starting from scratch every time, makes Tetra Pak a more sustainable operator.

“Working with GES has been a pleasure… it had the right attitude throughout every stage of the development,” said Tetra Pak’s Vice President of Communications MEA Khaled Ismail after the show. For more testimonials and images of Tetra Pak’s stand at Gulfood Manufacturing, please see our supporting material.

Jenna Harris, Manager of Brand Experience at Bell, called the stand “An A+ result and a seamless partnership.” For more testimonials and images of the stand, please see our supporting material.