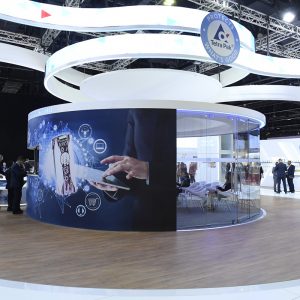 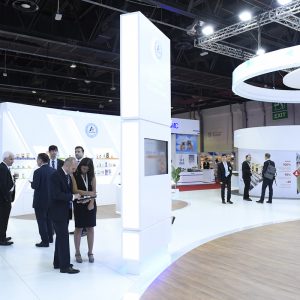 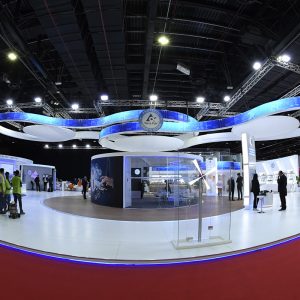 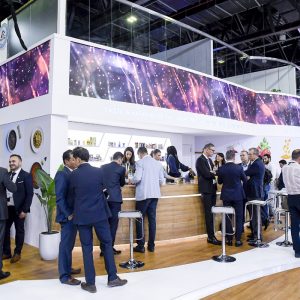 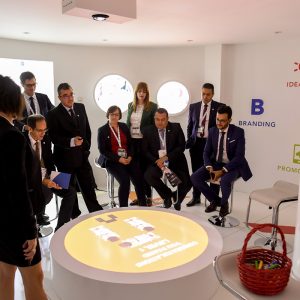 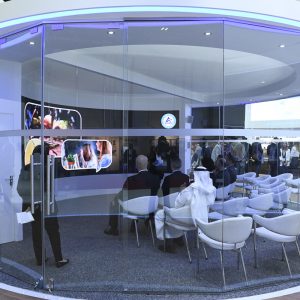 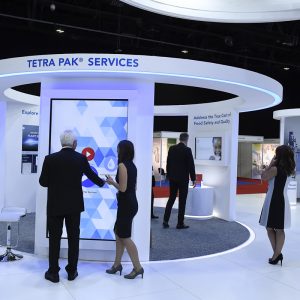 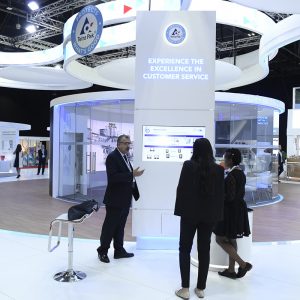 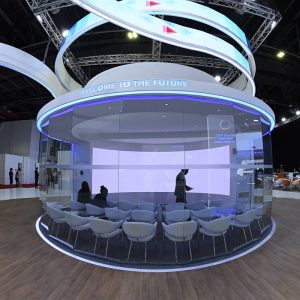 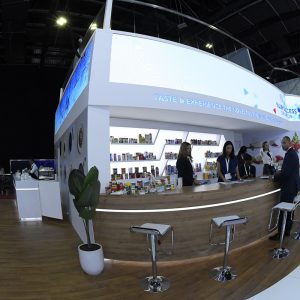 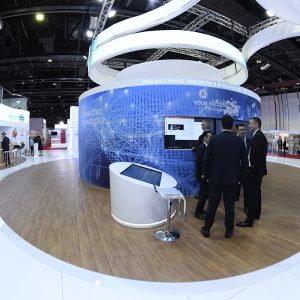 Following on from our successful collaboration with Tetra Pak at Gulfood Manufacturing Show 2017, the company engaged us to conceive, build and install an inspirational exhibition space at the following years show, once again held at the Dubai World Trade Centre between 6th and 8th November. Tetra Pak, the world’s leading food processing and packaging solutions company, wanted to create an interactive experience that put their clients at the heart, which reinforced its reputation in the region, attracted the attention of key prospects and presented its portfolio with an emphasis on its innovation. After considering the brief, we compiled a team of designers, operational staff and project managers who held regular meetings with the client and their 16 different stakeholders to discuss all elements of the exhibition space and ensure brand consistency.

At the heart of the vision was a fusion of two key elements of Tetra Pak’s ethos: its proud heritage over seven decades in the packaging industry and its reputation as an ultra-modern and cutting-edge innovator. The completed structure was made up of seven distinct visitor areas, three meeting rooms, a spacious hospitality and lounge area, with an overarching theme of stars and constellations. Showcasing the company’s products, each of the area’s incorporated a number of interactive elements including touchscreens, LED walls and holographic technology. These were pre-programmed with captivating sequenced content and placed in a circular pathway to manage the flow of visitor traffic. This ‘digital immersion’ experience consisted of technology that incorporated elements across the stand, from the flooring, walls and structure, to the hanging banner.
We

We installed ‘breathing’ effect LED strips which circulated each of the booth zones and the double-height hanging banner. The Content, developed by GES and created exclusively for Tetra Pak, communicated directly with the LED banners spread across the stand and created great traction and engagement. This included a ‘Kino Mo’ holographic technology which was used to display Tetra Pak’s products and messaging in an engaging and immersive way. The delivery consisted of eight different 3D animated product-related holograms for each of the company’s business units and key messages.

The stand’s ‘Future Zone’ consisted of an immersive 360° glass room in the middle of the booth that showcased the company’s latest technology on a 180° curved LED screen. Our team also created bespoke content for one of Tetra Pak’s main functionalities – an interactive platform on an 84” touch screen that animated the client’s content for the user.

This was an ambitious stand by any stretch of the imagination. As our supporting images show, in partnership with the Tetra Pak team we created a sleek, minimalist and modern design across all 8,000 sqm of stand space, which perfectly reflected Tetra Pak’s brand, vision and goals. It made a huge impact at the show and was instrumental in the company securing several new contracts. Reflecting its popularity with event organisers and visitors alike, the space was honoured with the ‘Best Stand Award’ and ‘Marketing Excellence Award’, citing the delivery, content, engagement and overall impact as influential factors – a significant achievement given the high standard of competition present.